So with the last beta patch and play, Bioware has unlocked restrictions on being able to talk about it, so I’m going to let you all know about my experiences so far. Just as a fair warning, this is a non-EVE post. And it’s not for lack of EVE things to talk about. CCP has been doing a remarkable job on this upcoming expansion and it looks better and better with each new dev blog that comes out.

This makes me wonder wtf they were doing all this time. All of these advancements in the game we love in what, 2 months? You’re kidding me. How baddass would this expansion be if that’s what CCP was focusing on THE ENTIRE TIME.

But that is really a discussion for another time. There have been so many good things coming out of the land of CCP I haven’t even attempted to write about them here in my blog. Really they don’t need analysis. It’s all good. If you want to read about what someone else thinks, read some of the other very well written EVE blogs that go into depth.

For the moment though, let’s talk about Star Wars: The Old Republic.
Read more »
Posted by Shadai at 7:52 AM 4 comments:

Terror of the Trailer Park 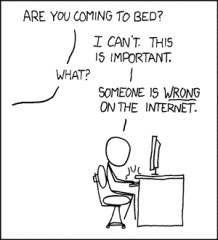 Yeah so I was wrong.

I'm man enough to admit when I made a mistake, and this was a pretty big one.  I somehow managed to confuse tier 3 with tech 3 and it all went downhill from there.  Funny how I had about everyone telling me.

Anyway, there were still some good points in that article, but nobody could seemingly get past the mistake so I'm pulling the entire thing.  It would take too long to edit it out, so I'm just salvaging the stuff I want to get across and posting it back up.   Look for it in a few days.  Despite the mistake, there really was a few good points in there.  Usually I'm pretty good about checking my facts and whatnot, but this was a base error I made that compounded itself thoughout the article. 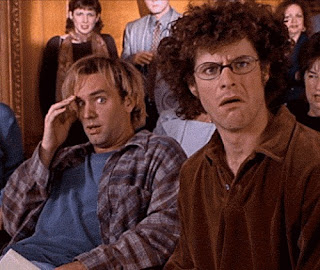 Poking through the Hilmar interview that Eurogamer did I found an interesting comment/revelation.

The question was posed to Hilmar about the CSM. I found the answer very interesting.

First, the question, posed to Hilmar by Eurogamer:

“The Council of Stellar Management (CSM) has been increasingly vocal and rebellious in recent months. What’s your relationship with them like at the moment – your personal feelings and those of the company as a whole?”

Interesting changes afoot at the CCP offices. It starts with a heartfelt letter of apology and a “you win, here’s what you want, happy now?” set of blogs. Then a few days later, the true cost of the revolution comes about.

No one likes losing their job. It’s like Jimmy Fallon asking the rhetorical question on the Capital One commercial “Who doesn’t want more cash?” And as someone who’s felt the sting of job cuts and downsizing, I know it sucks.

So my heart goes out to those of you who lost their jobs. I know you are in a difficult time right now, and me telling you that on a no-name blog you probably don’t even read isn’t going to change your situation. And I hope that you swiftly find new fulfilling employment doing that which you love.

To those of you who didn’t get fired, I feel for you guys as well. I’ve been in that situation before too. Where you are glad you didn’t get fired, but you feel bad for the ones that didn’t make it. It’s a general crappy feeling of survivor’s guilt that sticks with you for a few days and just ruins you for the week.

And no, you really don’t get it or understand what it’s like until you are there.

What does this mean for CCP?
Read more »
Posted by Shadai at 3:35 PM 3 comments:

Shadai
I have been lost in a wormhole since the beginning of 2010. I started playing Eve in 2009 and consider myself a student of the game. Want to know when Sleepless is updated? Follow me on twitter @redrickstar